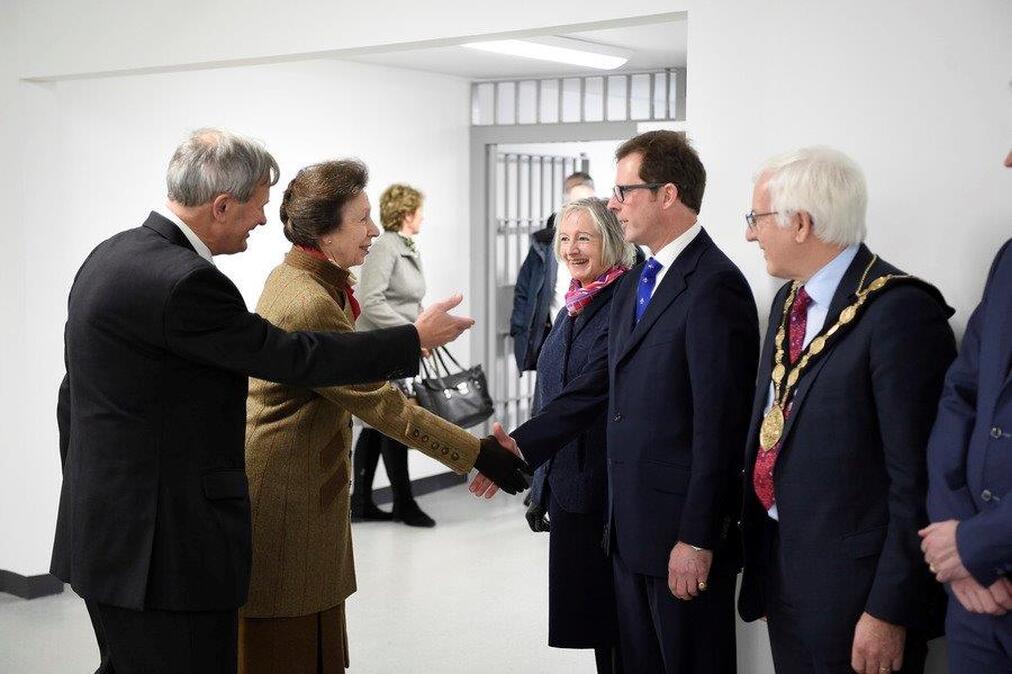 Her Majesty's Lord-Lieutenant of County Antrim, Mr David McCorkell, introduces HRH The Princess Royal to the High Sheriff of County Antrim, Mr Rupert Cramsie, January 2020. (Source: Justice NI)
Each County and City Borough also appoints a High Sheriff. The office of High Sheriff is an ancient one that dates back over 1,000 years. The office is actually the oldest secular office in the UK. The role has changed considerably over the years and is now an honorary appointment. They are distinct from, and not to be confused with, the Lieutenancy because they are the Monarch’s judicial representative in the County, while the Lord-Lieutenant is the Monarch’s personal representative in the County so they take precedence over the High Sheriff. ​

A High Sheriff is appointed each year and, in Northern Ireland, hold the post for a calendar year. Future High Sheriffs are appointed via nomination from out-going Sheriffs, in consultation with the Lord-Lieutenant and Northern Ireland Office. The appointment is officially made by the Secretary of State on behalf of The Queen. The incoming High Sheriff is then officially notified by letter and is sent a warrant of appointment signed by the Secretary of State and a ‘declaration of sheriff’, which has to be sworn. BBC NI did an article on the office of High Sheriff in 2020, which can be viewed here.

The current High Sheriff of County Antrim for 2020 is Mr Rupert Cramsie.