​To be a Lord-Lieutenant Cadet, you must be of the highest calibre and be nominated firstly by your Detachment Commander and Company Commander, the process moves on then when a meeting is convened by RFCA and attended by HM's Lord-Lieutenants and they select the cadet after reading their citation.

Each County has a Lord-Lieutenant as well as the two County Borough's Belfast and Londonderry. The cadets will accompany their respective Lord-Lieutenants on official duties such as Remembrance Sunday and when members of the Royal Family come to Northern Ireland.

Lord-Lieutenant Cadets are selected from members of the Cadet Forces (Sea Cadet Corps, Combined Cadet Force, Army Cadet Force, Air Training Corps) so to be selected it is a great honour for the cadets their parents and adult staff.

* NB these cadets terms have been extended until Sept 2021, due to the disruptions caused by COIVD19. 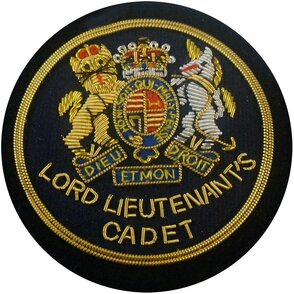